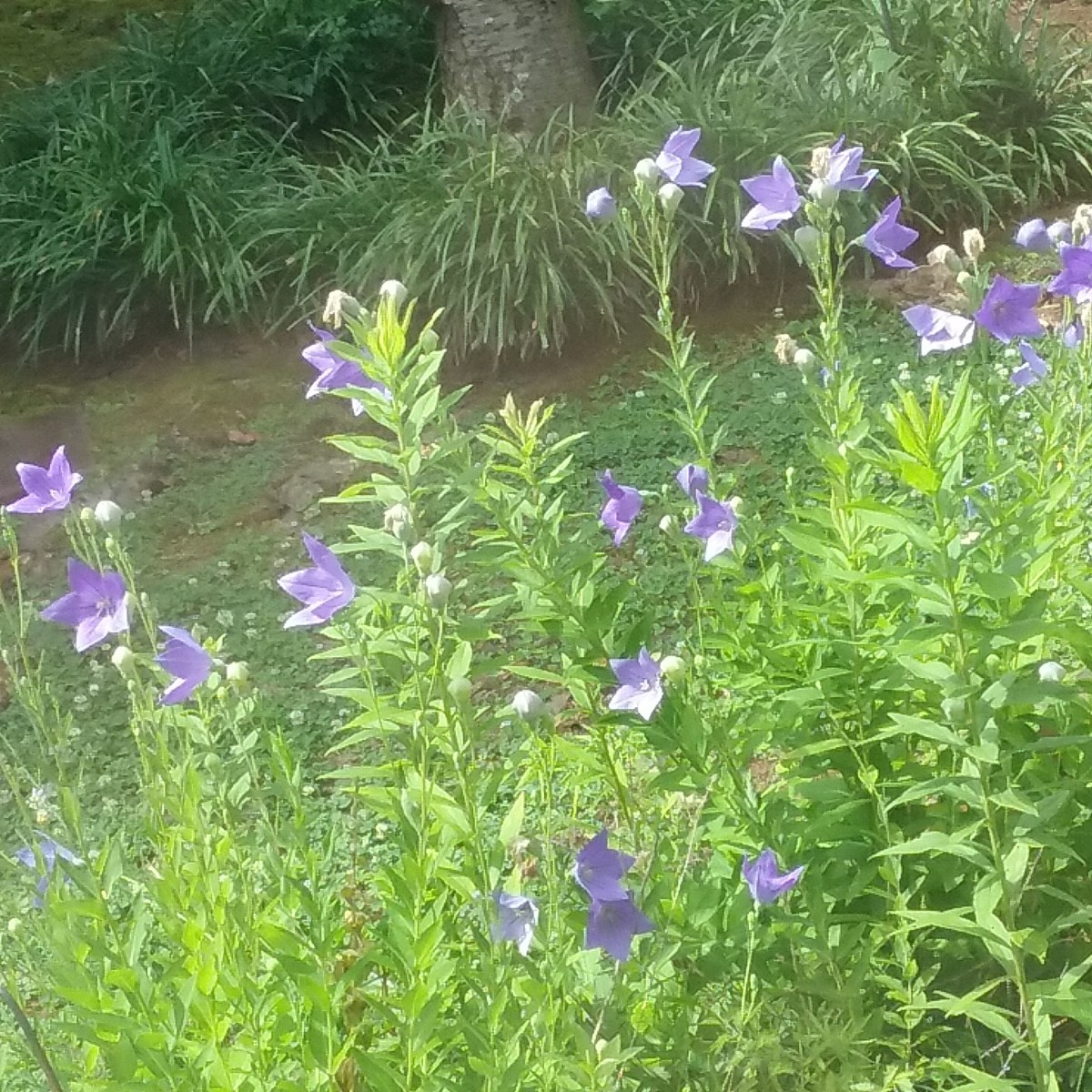 Tomorrow is the last day of August, and (in the hemisphere where I live) the end of summer is approaching.

Our temperatures here are still reaching into the 80s and 90s. Our air conditioning still runs during the heat of the day. It’ll be a while before summer truly turns into fall.

But the mornings have a new coolness now. The slant of the sun’s light is noticeably different. Our backyard balloon flowers have entered their second cycle of blooming, the one that comes closer to the end of the season.

Summer is nearing an end.

This weekend is Labor Day weekend here in the US. And even though so very many years have passed since those days I attended school, this weekend feels like the end of summer. And the start of a new year.

It feels like a shift, a time for something new.

I have some thoughts about what that might mean for me. I’m tentatively making a few plans for the beginning of something next week. But right now, as I continue my healing journey, I need to give myself a lot of time and space and slow pace and gentle ease… and so I’m not going to beat myself up if those tentative plans don’t go into effect immediately after Labor Day.

But it feels good to even think about them. It feels like a positive change in energy. A renewed optimism. A light breeze of air tinged with fall’s invigorating nip.

And I’m grateful for that.

There’s another free printable for you! (You can find more of these little gifties here.)

This one is meant for inspiration to go after your hopes and dreams.

Your dreams are given to you for a reason.

As with the other printables, there’s no charge, nothing to sign up for, no need to give your email address… simply download whatever file(s) you wish.

The files include one pdf file (you can set the size when you print), as well as jpg files for sizes 4×6, 5×7, and 8×10. These are high quality, 300dpi, suitable for printing to frame, or put on a bulletin board, or put somewhere as an inspirational piece, a reminder, a declaration, an encouragement: Your dreams are given to you for a reason.

The links are below – get all the files or just one, whatever you wish.

Get the pdf file here.

I periodically add new (and free!) printables, so please check back or follow my blog for updates. 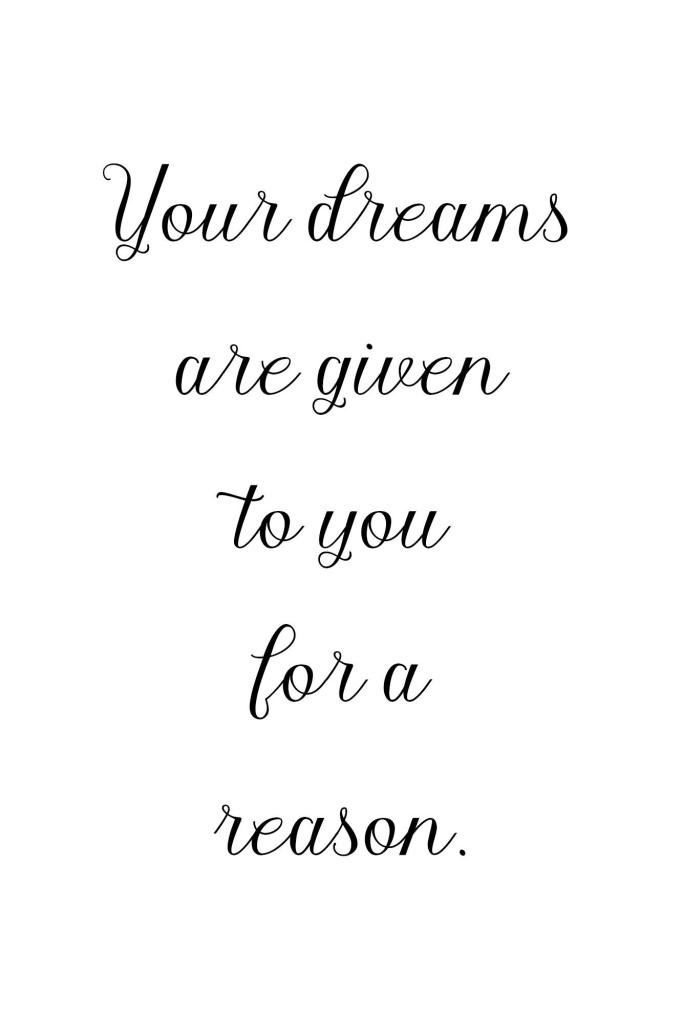 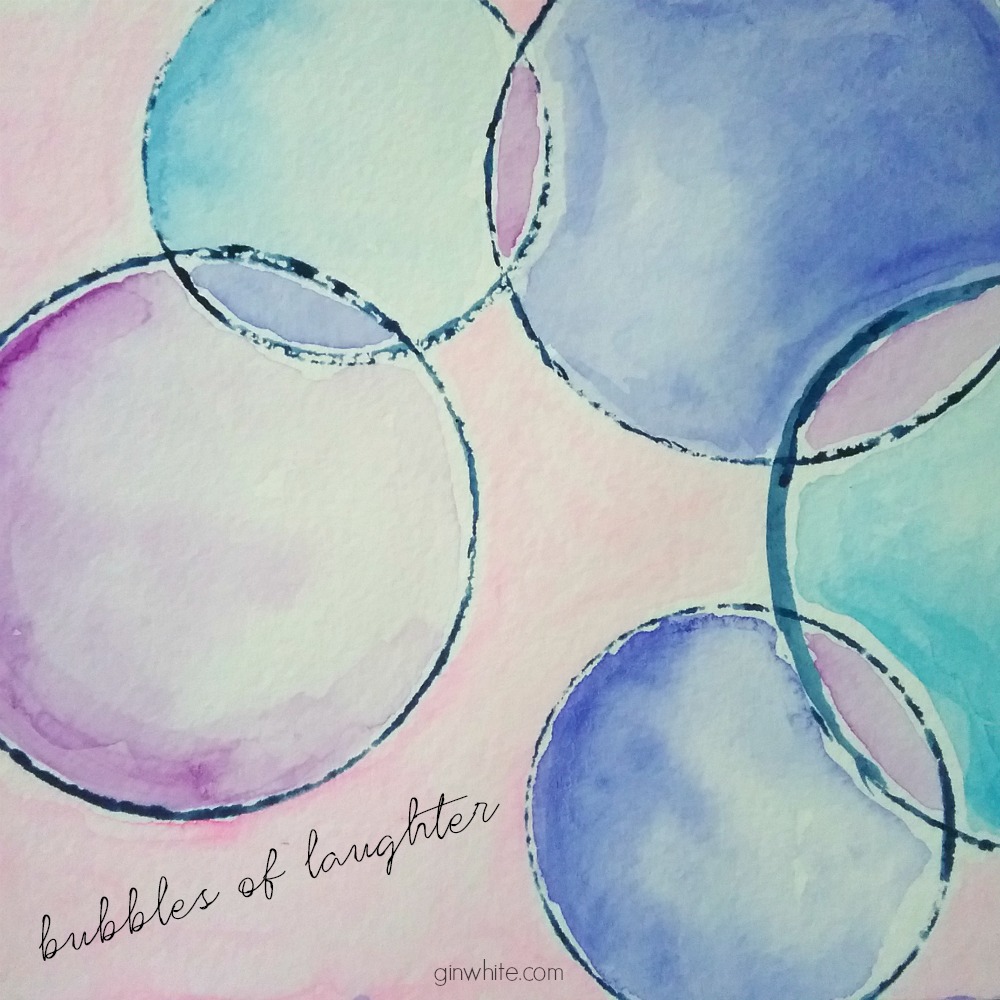 As part of my healing journey, I’ve started taking time each day for some laughter yoga.

Laughter yoga is something I’ve thought of doing for years because I’ve long known the benefits of laughter when it comes to physical and emotional health. But I procrastinated and put it on the back burner, thinking to myself “oh yes, I need to look that up on youtube” whenever I happened to think of it at all.

But thanks to the brain retraining and neural rewiring I’ve been deeply diving into lately (because of my physical healing journey, as well as to help with my lifelong anxiety), laughter yoga came back into my awareness several times over the course of a few days. And my procrastination about it finally came to an end.

What is laughter yoga?

Well, this is the definition according to wikipedia: Laughter yoga (Hasyayoga) is a practice involving prolonged voluntary laughter. This type of yoga is based on the belief that voluntary laughter provides the same physiological and psychological benefits as spontaneous laughter. It is done in groups, with eye contact, jokes and playfulness between participants. Forced laughter often turns into real and contagious laughter.

I haven’t been doing it with a group (I’m not aware of any groups in my area for laughter yoga) but youtube has been filling in just fine.

And the laughter changes things… Physically. Emotionally. Mentally. After even a few minutes of laughter yoga, I notice a decrease in anxiety and a new level of lightness to my mood. I’ve also noticed that the benefits stay with me long after I stop the laughter yoga session. The good-feeling energy-shifting of the laughing spills over into the rest of my day.

I’m doing lots of other things to decrease anxiety, engage with joy, and help cope with physical symptoms. Laughter yoga is only one tool of many in my toolkit.

But so far it’s proving to be a very helpful tool.

There are many laughter yoga videos on youtube – way more than I’ve watched. Here’s one I’ve used:

It can feel a bit strange at first, it can feel not-really-funny at first, but the laughter becomes contagious. Before long, I’m laughing just because.

And the results are good stuff.

get blog posts by email